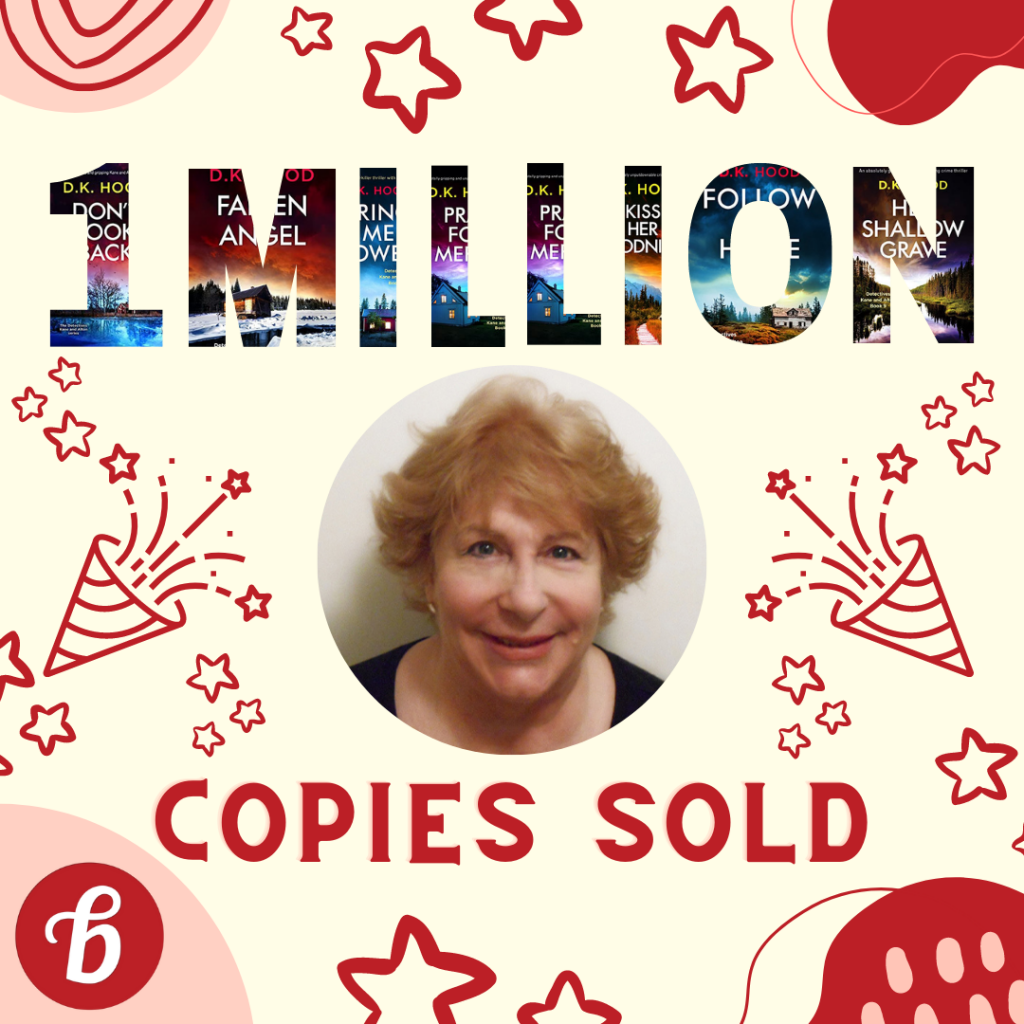 We are delighted to announce that we have sold over ONE MILLION COPIES of D.K. Hood’s books since we published the first in her Kane and Alton series in 2017.

Since publishing Don’t Tell a Soul in 2017, we have published fourteen more books in the same series, two prequel stories and three box sets. We have also published German translation editions of the first three books and we have rights deals in three territories.

‘Over one million copies sold! I am absolutely thrilled and humbled to know that so many people have purchased a copy of the Detectives Kane and Alton series. Who would have thought that a story penned to relieve pain would change my life completely? As my writing style is more like watching a movie than reading, I was hesitant to submit the story to anyone but I crossed my fingers and submitted Don’t Tell a Soul to Bookouture. The day Helen Jenner contacted me, a door to a new beginning opened. I owe this milestone to Helen’s impeccable guidance and the magic of Team Bookouture. I’ve been blessed with a supportive family, loyal readers, reviewers, and bloggers who have championed the series since book one. Writing for me, is like visiting old friends and there are so many stories yet to tell.’

‘D.K. Hood was one of the first authors I signed when I joined Bookouture in 2017, so I’m especially proud to reach this incredible milestone. It’s been wonderful to work on a series that is so loved by crime readers and every time a new book publishes, I’m blown away by the reviews and ratings. It’s a privilege to work with an author who has such endless drive and creativity. Her power to transport readers to the small town of Black Rock Falls, to scare them with another twisted killer, and to knock their socks off with a twist they never see coming, is simply awesome. I can’t wait to see what D.K. has in store for us next and I look forward to even more trips to Black Rock Falls.’

If you haven’t started the brilliant Kane and Alton series, what on earth are you waiting for?
Grab Don’t Tell a Soul – the first book in this exciting crime thriller series by clicking right here: